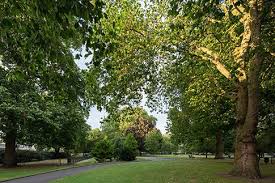 Public parks – like public libraries – are vulnerable to reductions, even cut-off, in local government funding.  So local people are concerned about the future of two neighbourhood parks – Vauxhall and Larkhall. Two organisations have spearheaded local interest and support, the Friends of Vauxhall Park and the Friends of Larkhall Park.

The chairmen  of the two Friends groups, Charles Vyvyan at Vauxhall and Carl Kowsky at Larkhall, will discuss the current situation at the two parks and the options for their future. They will refer to the present proposals by Lambeth Council for improvements at Vauxhall Park and a new development at Larkhall Park, both of which are now up for public response/consultation (www.lambeth.gov.uk/places/vauxhall-park and www.lambeth.gov.uk/consultation-on-development-proposals-around-larkhall-park).