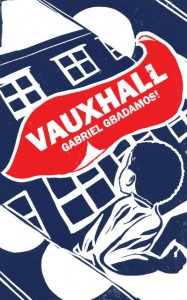 Gabriel Gbadamosi is a local resident, playwright, poet and critic. He has held fellowships at Goldsmiths and Cambridge Universities and was a Wingate Scholar researching theatre and performance in Africa. Gabriel was a director of the Society of Authors and is a presenter of BBC Radio 3′s Nightwaves. Vauxhall is his debut novel.