The Remembrance Image Project is a photography project set up as part of the centenary commemoration of the First World War and is included in the Imperial War Museum’s Centenary Partnership. The project is being run by Simon Gregor, a freelance photographer who lives in Lambeth.

Over the four years of the centenary Simon is photographing a selection of WW1 sites at around the time of their 100th anniversary. He is sharing these images with others to promote awareness and debate about the war and the role of remembrance. In a presentation one year ago at TSL he shared images and the stories behind them. Now he will be showing and discussing new images, including many from sites rarely visited by UK travellers. 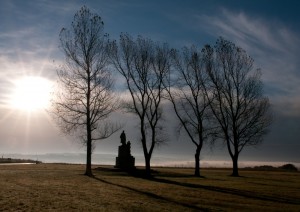