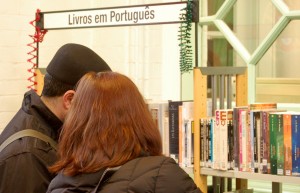 1st December 2012 saw the launch of the Cantinho Português – the Portuguese corner – in the library.

More than 200 people came along to the two-hour party in the afternoon, regaled by a few short speeches and a lot of Portuguese food donated by local cafes (Café Portugal, Estrela, Three Lions and Grelha D’Ouro).

The cantinho brings together all the existing Portuguese-language books and DVDs in the library in one distinct, easily identifiable location (round the corner, to the right as you come in, and the right again).

That collection has been expanded by several hundred children’s books donated by employees of Montepio, Portugal’s leading building society. It was the representative manager in Montepio’s London office, Guilherme Falcăo Rosa, who came up with the idea of the Portuguese library within a library and organised the book donations and their transport. He also brought in an organisation (Apóio a Comunidade Portuguesa) which has set up the free weekly classes in basic English for Portuguese-speaking adults, staffed by volunteers.

We think this represents a major step forward in deepening the involvement with our library of the large Portuguese-language community in Lambeth, and look to more in the future. 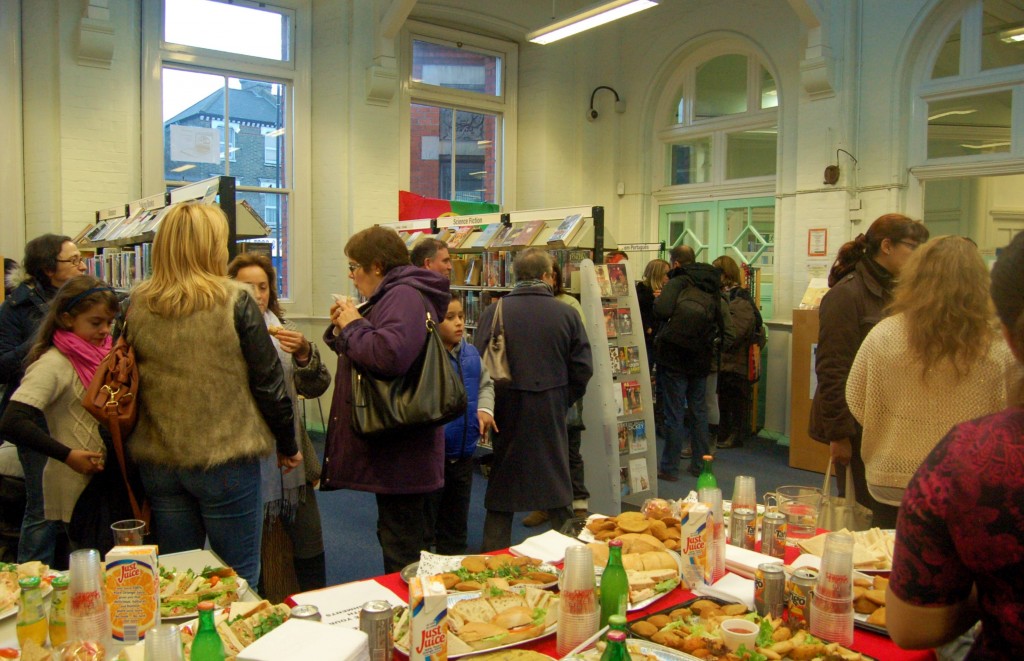 One Reply to “The Cantinho Português is open”