Friends of TSL held their annual general meeting, at the library, on May 20th. 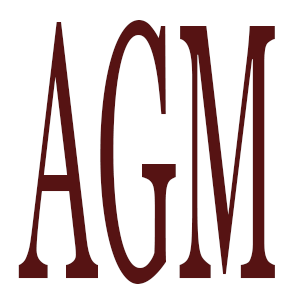 The chairman’s annual report set out our stance on the proposals by Lambeth Council for the library service presented in the consultation document Cultural Policy by 2020. To meet a target reduction in annual spending of £800,000 by the end of the decade, the Council proposes to halve the number of publicly funded and managed libraries from 10 to 5. While Tate South Lambeth Library has escaped the slaughter (at least for the time being )- for which we are grateful – Friends opposes a cutback in the public library service that will have a damaging impact on large swathes of Lambeth’s population. (This stance was supported by the meeting.)

Over the past year Friends have put on sixteen events at the library – talks on a range of topics relevant to the local area and the local community, musical performances, and one-off events such as the book sale and the craft fair. The gardening group has met twice a month, and there has been a constant programme of art exhibitions in the gallery area. Friends have contributed to the library’s resources with the purchase of an external notice board, the installation of metal panels to protect the newly painted lobby doors, and the supply of four tables.

The treasurer’s report showed a rundown in our bank balance last year, by just under £2,000 to £5,592. This reflected spending on items financed by donations received in the preceding year – notably the external notice board. Our income in 2014/15 was derived from members’ subscriptions and donations, donations from those attending our events (all of which are free of charge)and grants to fund our events and programmes from the London Community Foundation, the Portuguese embassy, and Albert Square & St Stephen’s Residents Association.

(Click on About us/Minutes etc to read the  chairman’s and treasurer’s reports.)

In voting for the committee for 2015/16 the following were elected:

All of these were re-elections. The chairman stressed that we are very keen to bring new members on to the committee – either taking over existing posts or bringing in new responsibilities.