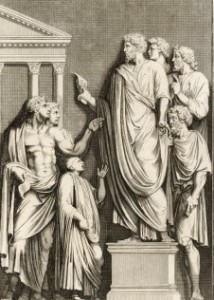 the library’s plans are set out and its performance is held up to scrutiny by the general public. This session came up with some solid information on

the new staffing structure to be introduced this year

plans for capital work at TSL

progress on resolving the lavatory problem

The main items reported were:

The new staffing structure to be introduced at TSL, as part of the overall restructuring of the Lambeth library service with an associated reduction in costs. Staffing at each library is measured as a number of full time equivalent (FTE) jobs. At TSL this number will be reduced by one quarter (from 6.2 to 4.7).

This reduction has apparently involved no compulsory redundancies. However staff posts have been redesigned, with the major change being the elimination of the post of Principal Librarian (currently shared with Durning Library) with the lead post now being that of Library Manager, a full-time job. He/she will be supported by a Librarian (part-time) and an Assistant Librarian (full-time) and one full-time and one part-time customer services assistant. In addition there will be two weekend posts. The manager and librarian posts are currently being recruited from among Lambeth Libraries staff and the appointments will be made by mid-February.

So March will see the new structure in place. We will then be able to see what impact it has on the services offered at TSL. Management is evidently assuming that the installation of a self-service machine (planned for the first half of this year) will help offset the fall in staff numbers. We have been assured that there will be no reduction in opening hours.

Plans for capital work at TSL under the £107,000 capital budget for 2013/14. Over the period January-June renovation and improvement work will be carried out both inside and outside the library. The schedule includes:

the repair of damaged brickwork and pointing, which will be made watertight

damp proofing to the front entrance

the mending or replacement of defective drains and gutters

overhaul of the roof lights

the removal of defective plaster

Other updates include  new flooring on the entrance area (the tiles remain!), a self-service installation, and new shelving and furniture,

While there will inevitably be some disruption as this work is carried out, it is hoped to keep the library open throughout.

Progress on resolving the lavatory problem. The list of capital work does not include what many people see as a priority – bringing the public toilet back into operation (after nearly three years out of service). Susanna Barnes, Service Manager Libraries and Archives ( (in other words head of the library service), explained that  Lambeth Council is currently in dispute with Thames Water as to responsibility for the work needed to resolve the problem – blockage in the drains. If Thames Water is adjudged not responsible, Lambeth will undertake the work required. So the problem will at last be solved.

What library managers could not tell us:

what rates it is proposed to charge for out-of-hours use of TSL premises. That has yet to be determined.

that there has been any simplification of Lambeth’s policy on recruiting volunteers.

So, pretty good overall. And a lot to take up again at the next library forum, scheduled for Saturday April 12th.

Note: the full minutes of the January 18th meeting will be posted on the library notice board in the lobby.