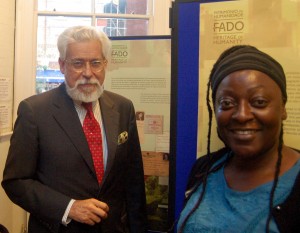 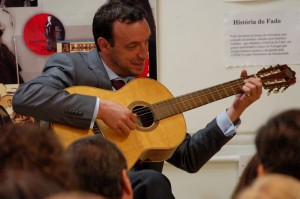 TSL, Friends of TSL and other volunteers have received high-level public recognition for their service to the Portuguese community – in meeting the specific needs of that community, promoting integration and enhancing local knowledge and appreciation of Portugal’s culture (in the widest sense).

First, two Portuguese television stations – the national public service RTP Internacional and a commercial station SIC – have filmed within the library and conducted interviews there. These covered the range of Portuguese-oriented services and facilities – the collection of books and DVDs in the Cantinho Português, the weekly classes in basic English and the monthly parent-and –toddler sessions. The SIC coverage was broadcast in August (see SIC Londres on Facebook) while RTP’s broadcast will be transmitted in October.

Then the fado evening on September 10th that Friends of TSL organised with Lambeth Archives (as part of the Lambeth Heritage Festival) – which attracted an audience of near 100 – was attended by an impressive line–up of official representatives of Portugal in London : the ambassador, the consul general, the economic, social and cultural attaché, the education attaché, and the councillor for the Madeiran community in the UK. That was followed up by the ambassador (Dr João de Vallera ) calling in at the Portuguese wine-tasting session one week later (also very popular)– and adding some anecdotes to the presentation. These events were widely covered in Portuguese-language media, both print and online, including Sol ( a major newspaper in Portugal), Portuguese Sun ( the leading Portuguese-language newspaper in Canada), and Jornal as Noticias.

So the news is getting out.