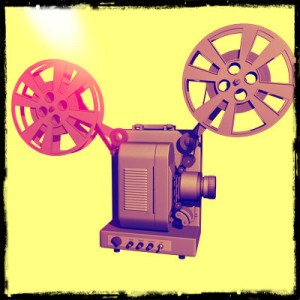 Friends have now been running its programme of free monthly film screenings for 11 months. Attendance has averaged 29, people have expressed their enjoyment, and films from independent producers – which you would not otherwise see- are now dominating our programme. But we’ve suspended it as of May.

It’s a question of costs. To show films we need to buy a licence that costs £110 a year. The terms of this licence mean that we can’t advertise mainstream films to the general public and we can’t charge an entrance fee (which is OK by us, since our policy is that all Friends events are free). So to make the programme pay for itself we need to get £10 per screening – after we’ve covered the cost of refreshments (for which we aren’t allowed to charge, although we do invite a donation of £2).

That doesn’t sound a big sum – and it isn’t, and Friends committee has been happy to use our reserve funds to make up any modest deficit. But Lambeth Libraries have now told us that they propose to charge for staff cover at these screenings (one person who comes along to give security cover and lock up when we leave). They have not told us what the charge would be – but as we need three hours cover per screening, it is likely to be a significant sum, far exceeding donations from those attending.

In this situation – and while we do not know what we’d be expected to pay – Friends committee has decided to suspend the programme.

We very much regret this development.

Our reasoning is set out in detail in a letter we have sent to Lambeth Libraries management – see below.

The committee of Friends of Tate South Lambeth Library met last night to review the future of the monthly film screening programme in the light of charges that Lambeth libraries management are apparently planning to require. It was decided that Friends will suspend this programme until acceptable terms are offered.

A little background is in order here.

This programme stems from an initiative by Friends of TSL in October 2010. We had noted that – unlike most other Lambeth libraries – TSL had no projector, screen etc. So whenever a talk was held that required images to be displayed, TSL first had to solicit the loan of the equipment from another library, which could never be a certainty. We therefore used the opportunity of a Ward Purse funding round to apply for a comprehensive package of film screening equipment, together with blackout blinds. The latter filled another unmet need – to cut out disruptive sunlight for people at the library’s PCs. Friends knew that the local library had for some time been trying to get Lambeth Libraries to install such blinds but without success. In seeking the backing of councillors for our proposal (a requirement for the Ward Purse application) we stressed that this facility would not be limited to use by the library authority but would be offered free to community groups. Friends said that we would hope to run a programme of film screenings, open to all comers and free of charge. On this basis (and on Friends’ record of delivering a previous Ward Purse project successfully, to the benefit of the library) we secured the Ward Purse funding in March 2011. We transferred ownership of all the assets acquired, valued at £2,839, to Lambeth Libraries. Initially there was limited use of the facility, which probably owed something to the lack of any promotion by Lambeth Libraries. It came into its own with the start of monthly film screenings by Friends in May 2012. In line with our policy on all events we organise, the screenings are free of charge (we invite – but do not require – a donation of a minimal £2 for refreshments).

Following research on other film clubs in the area and having spoken to those running the film club at Minet (which is funded by Lambeth Libraries)and Tim O’Dell, the Friends used its own funds to buy a Filmbank public video screening annual licence at a cost of £110. This is a restricted licence which does not permit any charge to the audience nor promotion of any mainstream film among the general public. We could not afford the over £400 for a broader licence (such as operates at the Minet film club) which permits such publicity.

We have so far since screened 11 films, with an audience average of 29 per film. Six out of the 11 films screened have been from local independent film makers, with the five mainstream films loaned from Lambeth DVD stock. The feedback from all the screenings is attached. As you will see the feedback has scored very high on enjoyment levels with an appetite for more independent films, particularly from local film-makers. The donations from refreshments broadly cover our costs.

The film screening programme has clearly been successful in terms of: promoting arts and culture in the area; providing an opportunity for local film makers to network; bringing new users to the library; and fulfilling some Lambeth library core pillars such as ‘information’ with campaigning films such as ‘Sicko’, ‘reading’ provided by the mainstream films based on popular books and promoting ‘health and well-being’, offering a free night out those suffering social isolation.

The Friends have approached local sponsors to fund the cost of renewing the Filmbank licence. However we have been told by Lambeth Libraries that we must pay a fee to the Performing Rights Society (although advice we have received is this is not always applicable to our screenings) and it is now suggested that we meet the cost of library staff cover. We have not been given any indication what the latter would be, but there is a real prospect that any such charge will make the whole programme economically unsustainable. We cannot commit to a programme that might be beyond our funding capacity
To maintain the programme of film screenings we are seeking support from Lambeth Libraries in the form of bidding for external funding, for example grants from the Arts Council, which Friends of TSL are not in a position to apply for.

You will understand that we deeply regret having to suspend a popular programme that has now become a core community event at TSL .

The committee of Friends of Tate South Lambeth Library

2 Replies to “Friends may have to abandon the film programme”