As part of  Lambeth Readers and Writers Festival Tate South Lambeth Library will be hosting  a talk by the author Peter Conradi on his new book – a memoir of an eventful life, both literary and personal.

Peter Conradi was the authorised biographer of Iris Murdoch ( 2019 marks the centenary of her birth) and his memoir contains new material on her. His other published works include Going Buddhist (2004), At the Bright Hem of God (2009), and A Very English Hero : the Making of Frank Thompson (2012). He has also written or reviewed for the Times Literary Supplement, New Statesman, Financial Times, Spectator, Independent and Guardian, and appeared on programmes on Radio 3 and 4, and  BBC TV. 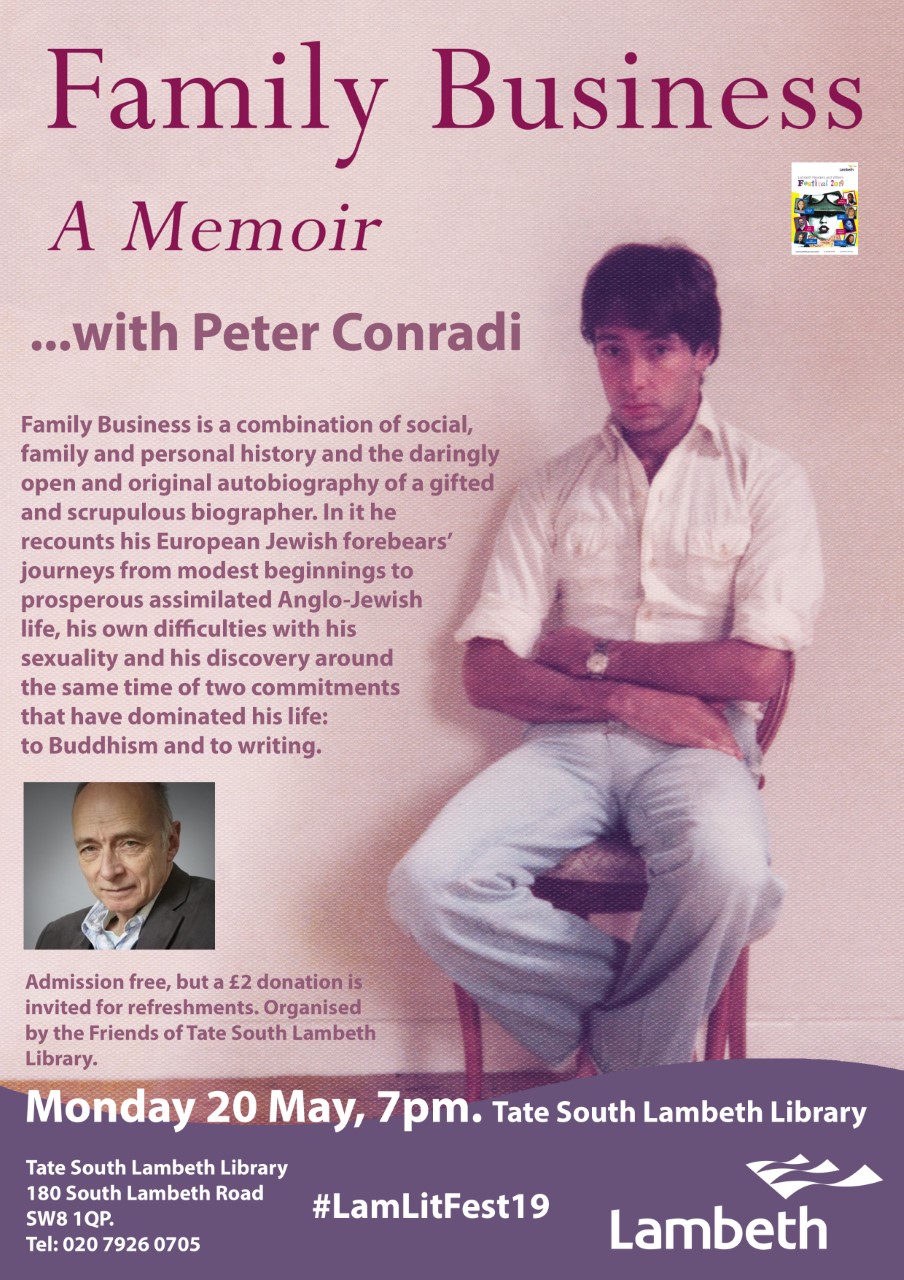