Tate Local – the gallery space in Tate South Lambeth library – is hosting an exhibition of documentary photographs by Richard Baker about the occupation of Carnegie Library in Herne Hill in April 2016.

After 110 years of library service at Carnegie, Lambeth Council closed this Grade II listed building on April 1st 2016 to turn it into a health facility centred on a gym. Local residents strongly objected and a group protested with a sit-in at the library. The group –multi-age, multi-ethnic – received support, not only from other locals but throughout London and far beyond. After ten days, when Lambeth Council had secured an eviction order, the occupiers left the building peacefully and joined over 2,000 people in a protest march to Brixton town hall.

These photos tell their story.

This exhibition is sponsored by the Friends of Carnegie Library , a fellow member with Friends of Tate South Lambeth Library of the Defend the Ten campaign to maintain all Lambeth’s ten libraries. 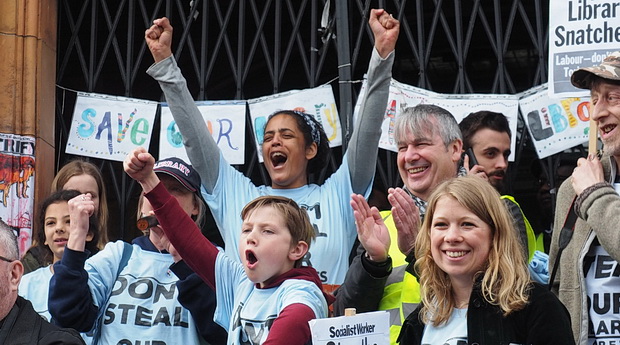