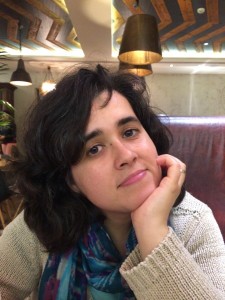 Gabriela Ruivo Trindade, a psychologist, wrote the novel Um Outra Vez, which was published in 2014 winning the Leya 2013 prize in Portugal. The book is based on the history of a member of her family and the village he helped develop into a city during the first half of the 20th century.

Gabriela has lived in London since 2004, with her husband and two sons.

This is a bilingual event. Admission free