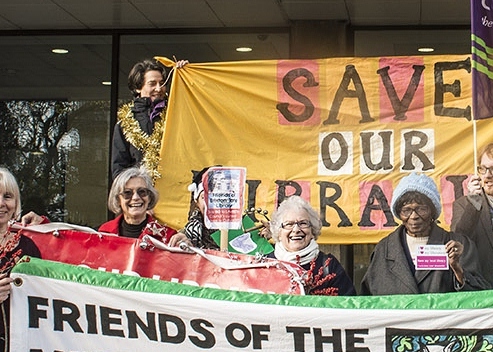 At the beginning of January 2016 Susanna Barnes, head of libraries, sent Lambeth Council officers her plan to maintain a full service at all ten of Lambeth’s libraries, while making all the savings required by the Council in the next four years, on a financially sound calculation.

This would be achieved through a staff/community mutual trust, on a pattern developed in other parts of the country.

The proposal was first put to Lambeth officers in April 2015, during the public consultation on the Council’s proposals for cultural services policy to 2020. It was not taken up by Council officers, who instead put forward their proposal for half of Lambeth’s libraries to become library service points, with minimal book and computer provision and no staff, and with three of these to be centred on a gym. Their proposal – set out in the document Culture 2020 – was approved by the Council last October. However Council officers were forced – by popular pressure and the recommendations of  a Council committee –to offer an opportunity to the Libraries  manager to develop her proposals.

The mutual trust proposal is now on the table. Discussions between Ms Barnes and Council officers will take place in January.  As soon as the proposal is made public – we hope before the end of January – Friends of Tate South Lambeth Library will post the link on this website, and invite you to join us in full support.