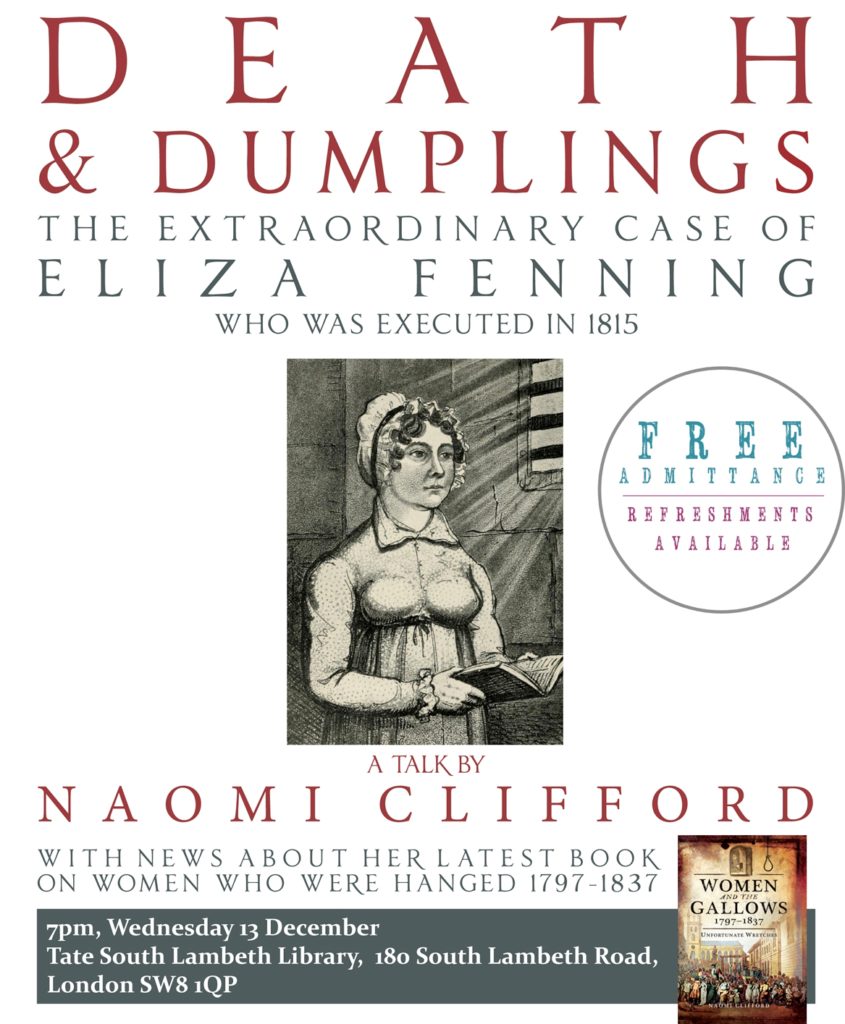 On Tuesday March 21st 1815, retired law stationer Orlibar Turner and his wife Margaret, who lived comfortably in Belmont Row, Vauxhall (where St George’s Wharf now stands), crossed the Thames and travelled to Chancery Lane to visit their son Robert and his pregnant wife Charlotte. After dinner all four Turners and their cook-maid Eliza Fenning became extremely ill. The dumplings were soon identified as the cause and Eliza, who had made them, was suspected of poisoning them with arsenic. She was arrested and charged with attempted murder.

At a hasty and shambolic trial Eliza was found guilty and hanged outside Newgate, but the case became one of the most contentious of the time. Many suspected that there had been a deliberate miscarriage of justice.

Local author Naomi Clifford tells the story of Eliza’s short life and the reasons for her death, and talks about her latest book Women and the Gallows 1797-1837: Unfortunate Wretches.

Organised in co-operation with the online archive www.vauxhallhistory.org