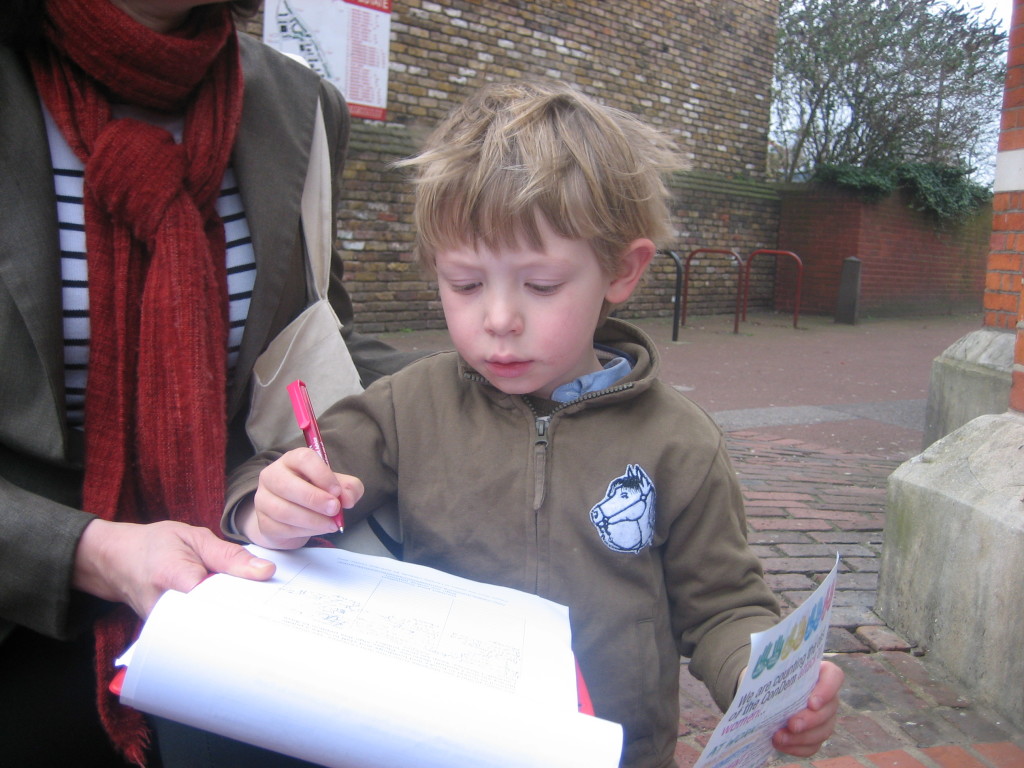 On Monday December 21st the public consultation  on Lambeth Council’s proposals for the future of the libraries at Tate South Lambeth  and Durning came to an end.

These proposals were that extra money be spent on Durning to make it the single library for the whole of north Lambeth while Council funding for Tate South Lambeth would be cut off as of next April and the library be converted into a “healthy living centre” – ie a gym with a bookshelf, some machines and no library staff.

Friends of TSL were delighted to see so many people – young and old and in-between – come into the library to fill in the consultation questionnaire. Very many of them expressed their incredulity and anger at the Council’s proposal to eradicate a library which is far and away the most used in the north of the borough, is deeply embedded in the local community, and at the same time is a nationally recognised pioneer in opening access to the visually impaired.

Well over 1,100 forms were handed in at the TSL desk. Our guess is that the overwhelming majority will have opposed the two proposals – because they want TSL to remain as it is now, a free full-service library accessible to all, with a unique package of activities.