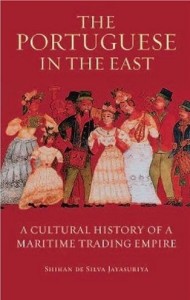 Portuguese maritime exploration, which led to the development of East-West trade from the late 15th century onwards, had unexpected effects on the socio-cultural fabric of the peoples they encountered. Effects on religion have been well recognised but other areas such as language, music and dance are less well known.

Dr Shihan de Silva is a senior fellow at the Institute of Commonwealth Studies (University of London), a member of the UNESCO International Scientific Committee and fellow of the Royal Asiatic Society. She is the author of eight books in the field of Portuguese studies, historical linguistics, ethnomusicology, the African diaspora and ethnography.
This talk forms part of the Lambeth Readers and Writers Festival.

Portuguese influence in the East – a talk by Shihan da Silva